AVATAR have released the first official radio single off their forthcoming LP. Stream “THE EAGLE HAS LANDED” below:

AVATAR will release their very first concept album titled Feathers & Flesh to be released on Friday, May 13, 2016 via Entertainment One (eOne) in North America and Canada and Another Century overseas. The new release will be the band’s highly anticipated followup to Hail The Apocalypse released in 2014, which cracked the Billboard Top 200 for the first time in the band’s career.

“You’ve heard Owl’s hunting hymn. Now it’s time for Eagle’s mission statement,” says lead vocalist Johannes Eckerström. “Just as he crashes into the world of his adversary, we will come crashing into your lives, screaming at the top of our lungs.” “We’re still very early in the story and without giving away too much, I can say that things are about to change rapidly.”

The aim is set higher, further and deeper than ever before for AVATAR. Not only is this concept album their most extensive work to date, showing the widest range of any of their albums, it also contains a story too extensive for any booklet, so they made a book. A fully illustrated 60 page, 109 verse poem hardcover book. The physical album pre order, book, and exclusive merchandise is available now. Click here[1] for more info.

The band recently released their first song off the record in a very familiar way, a music video. “For The Swarm” can be seen exclusively on the band’s website[2]. Directed by longtime collaborator and director Johan Carlén, the video pegs itself firmly into the upper echelon of stunning visual masterpieces the band has grown accustomed to producing. 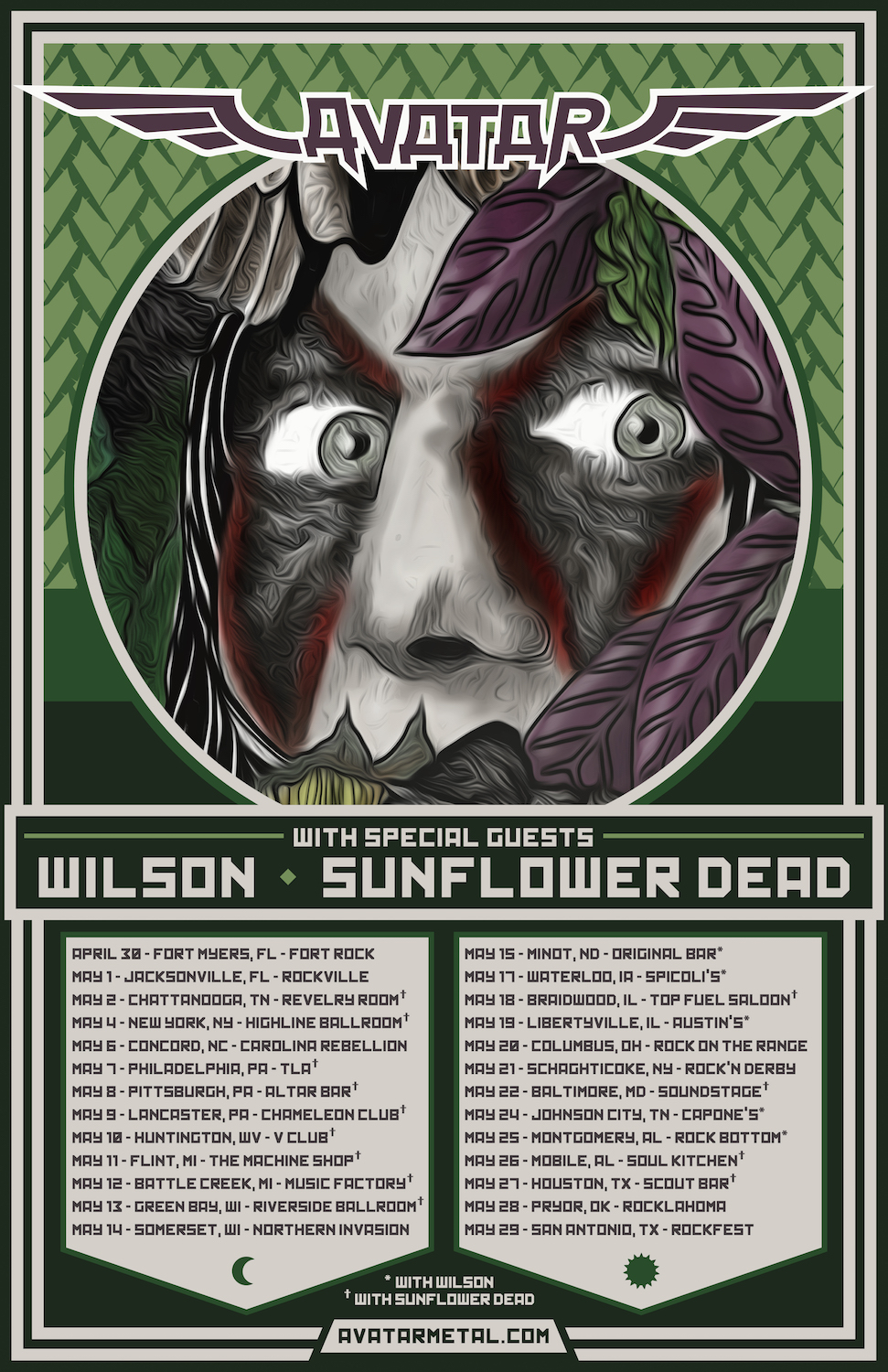